Editor’s Note: Cryptocurrencies are booming, and central banks are now getting into the game. This shift, however, comes with many risks. Jessica Davis, formerly an intelligence analyst with the Canadian Security Intelligence Service, examines how central bank digital currencies may complicate intelligence and offer a potential tool for illicit actors. She argues for developing best practices and standards around human rights while these currencies are in their early stages.

Cryptocurrencies like Bitcoin and Monero have been the subject of much debate and consternation in international security and financial crime circles. These digital payment systems enable illicit financing through their uneven regulation, transaction speed and anonymity. To date, the development and implementation of cryptocurrencies has largely been the purview of private actors. Few states have adopted cryptocurrency as a common (or replacement) currency. Globally, cryptocurrency is proving increasingly popular both as an investment vehicle and as a payment mechanism, so much so that many central banks are researching and piloting the creation of their own versions: central bank digital currencies (CBDCs). CBDCs present a range of risks and opportunities for the international community, and mitigating the worst possible effects of CBDCs will be difficult due to sovereign national monetary policies. In authoritarian regimes, CBDCs are likely to be embraced for their utility in mass surveillance and for illicit financing opportunities. Understanding the international security risks of CBDCs is a first step toward developing norms and regulations governing their use, although some of the worst excesses are likely to be difficult to avoid and will need to be mitigated instead.

CBDCs are digital currencies backed by a government’s central bank. They are a form of state-backed currency, just like a bank note. These currencies differ from existing digital currencies (like Bitcoin, or Facebook’s Diem, or stablecoins like Tether) because they are backed by states, not corporations, or, in the case of Bitcoin, the blockchain. Since they are tied to a state’s currency, CBDCs will fluctuate along with the traditional currency. Most models of CBDCs are fully regulated under a central authority.

China has become the first major economy to pilot a CBDC. Other countries with pilots underway include Sweden, Ukraine, Saudi Arabia, the United Arab Emirates, South Korea and Thailand. The Bahamas has also implemented a CBDC pegged to the U.S. dollar, and Russia is expecting to have a prototype of its “digital ruble” available in late 2021. Canada has also launched a proof of concept, Project Jasper, for interbank settlements, and has partnered with the Monetary Authority of Singapore and the Bank of England to work on an international settlement system, and the European Central Bank is developing a digital euro.

There are different types of CBDCs in development. Some can be used for interbank settlements, some can be held at the central bank by the general public, and some are being developed as a form of digital cash that can be used for retail payments. There are a number of potential benefits of CBDCs for states and consumers, including lower (or nonexistent) banking fees, reduced costs associated with producing and managing cash, and greater financial inclusion. But there are also a fair number of risks, as well. CBDCs could facilitate illicit financing—such as proliferation financing, corruption, sanctions evasion, money laundering and terrorist financing—by providing illicit actors (in this case, states) with greater control and autonomy over their domestic or regional financial systems. All forms of CBDCs have various illicit financing risks; however, the type of CBDC most widely in development is the digital cash version, which poses some of the most clear-cut risks from an illicit financing perspective.

Digital cash CBDCs are easiest to think of as digital banknotes. Some CBDCs will use intermediaries to facilitate their use (likely banks or payment processors, similar to how payments are made today), while others may provide their own platforms that negate or reduce the need for retail banking. This has obvious implications for market disruption but also shifts many of the anti-money laundering/counterterrorist financing (AML/CTF) requirements to the issuer of the currency: the central bank. This, in turn, means that the issuer of the CBDC will need to implement identity-verification and other AML/CTF regulations.

Requiring that banks verify the identity of participants in a transaction is a cornerstone of AML/CTF policies, but when applied to CBDCs, this policy could essentially force the creation of a national identity system that might include personal data, credit history, financial transactions and other sensitive information. This presents obvious opportunities for intelligence collection and surveillance by states and would remove the existing barrier between states and personal finance. Financial intelligence has an important role to play in countering illicit finance; it provides critical information for pattern of life and social network analysis, and can assist in threat assessment. In authoritarian regimes, though, this would create the opportunity for states to more effectively and fully surveil their populations, with notable impacts on opposition and protest groups. Combining financial intelligence with other forms of digital information technology creates a digital authoritarian state, like the one that China’s Uighur population is now experiencing firsthand. While the Financial Action Task Force (FATF) has long trumpeted the creation of financial intelligence units and the exploitation of financial intelligence for counterterrorism and anti-money laundering, the international community has yet to fully grapple with the human rights and privacy impacts of financial intelligence and the AML/CTF regime. CBDCs will only exacerbate this.

States intent on funding terrorist organizations or evading sanctions may find some benefits in CBDCs, at least in terms of being able to control their own currency, make payments and transfer funds, and eschew the U.S. dollar. In many ways, CBDCs will exacerbate ongoing shifts away from the U.S. dollar as the global reserve currency and facilitate payments outside of the global banking system currently dominated by SWIFT, the Society for Worldwide Interbank Financial Telecommunication. SWIFT provides payment messaging services to the majority of global banks and has been the subject of administrative subpoenas used by the Department of the Treasury to augment U.S. intelligence holdings. CBDCs will be another tool that illicit actors can use to avoid this system and will make it easier to evade international sanctions. The reliance on the U.S. dollar (and clearances through U.S. banks) has been one of the pillars of the global sanctions regime. While this dominance has already been eroded somewhat by both the euro and the renminbi, CBDCs issued by Russia and China in particular could further exacerbate this trend and create or enhance alternative financial and trade systems that would facilitate these states’ abilities to transact with each other outside of the SWIFT system and without using the U.S. dollar. In fact, states heavily sanctioned by the United States have shown some of the greatest interest in the development of CBDCs.

CBDCs also present the risk of complicating intelligence operations. Deploying intelligence assets to a foreign country requires money—espionage isn’t free. Espionage financing has traditionally relied on cash payments or the establishment of front companies. If states are able to fully digitize and monitor their economies and financial systems through the creation of CBDCs, this leaves little room for anonymous payments and could complicate intelligence operations.

CBDCs could also make it harder to financially deplatform violent extremists or other nefarious actors, as states could provide (and maintain) access to a financial system for these bad actors, even if such a system lacks global reach. This could make restricting the fundraising of extremist groups more difficult and provide terrorists a financial lifeline backed by adversary states. At the same time, CBDCs (and digital currencies writ large) could also create more vulnerabilities for terrorist groups, cells and individuals because digital cash leaves (in most cases) a traceable digital trail.

CBDCs are unlikely to dominate international finance anytime soon. Only a handful of states are experimenting with their creation, and so far there is little in the way of international trade and financing conducted through these digital currencies. However, now that some states have successfully created and piloted CBDCs it is the time to take action to establish global norms to encourage states to mitigate the worst possible effects of CBDCs: rampant and mass financial surveillance, and the erosion of the divisions among states, banks and personal finance.

There is little to be done about the development of CBDCs, as they are fully under the purview of national monetary policies. But international norms may be helpful in establishing best practices in terms of their development and deployment. Mitigating some of the negative impacts (such as mass surveillance) is important, but prospects for doing this effectively, given national sovereignty, are limited.

At the very least, international organizations, such as the FATF, and nongovernmental organizations should examine the types of CBDCs under development. Categorizing and analyzing the development of these currencies should be a first step in determining the level of risk for the international community. This work could point to ways to mitigate some of those risks. As it stands, the FATF does not currently consider CBDCs as digital currencies but has acknowledged that they have unique money laundering and terrorist financing risks.

States should also consider the human rights implications of CBDCs. States are regularly sanctioned for human rights abuses, and sanctions should be considered for states that develop and implement CBDCs without adequate privacy protection and separation between the state and personal finance. For democracies, the privacy problems of CBDCs are a bug that can be managed through regulation, oversight and transparency. For authoritarian regimes, these privacy problems are a feature that they are keen to exploit.

CBDCs hold promise for financial inclusion, lower costs of banking and payments, and the overall digitization of the global economy. But they also hold many risks for international security. To avoid a dystopian financial future, it is necessary to engage in robust and ongoing analysis of these powerful tools, and to develop new international guidelines and best practices for their use and mitigation measures for when they are abused. 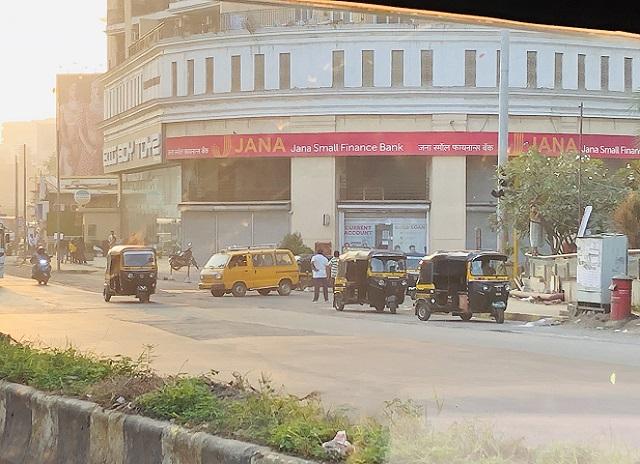 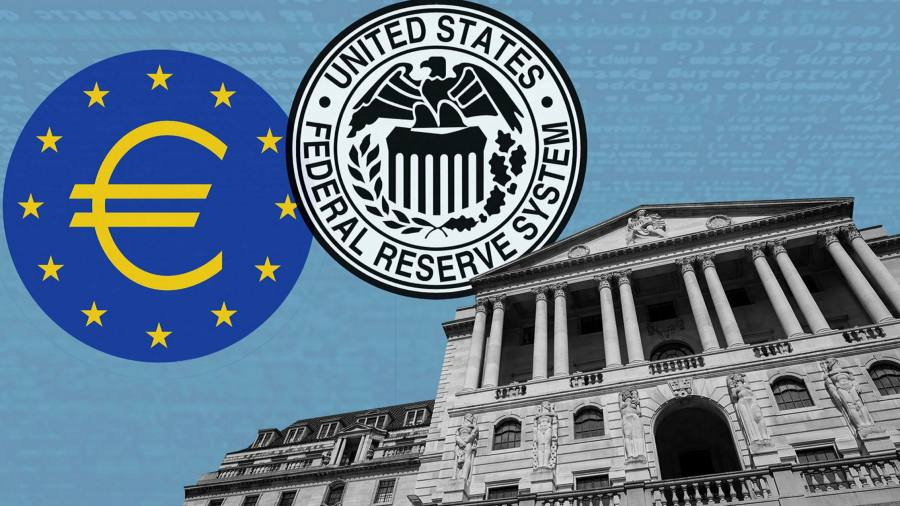