The Mexican government and press freedom groups are voicing support for a news anchor facing death threats from men claiming to represent one of the country’s most powerful drug cartels over her coverage of the group.

According to The Associated Press, video circulated Monday showed a group of masked men claiming to represent Ruben Oseguera Cervantes, or “El Mencho,” the leader of the Jalisco New Generation cartel, threatening to track down and kill Milenio Television anchor Azucena Uresti.

The Committee to Protect Journalists (CPJ) said that one man in the video warned, “I assure you that wherever you are, I will find you and I will make you eat your words even if they accuse me of femicide.”

Uresti has repeatedly done reporting on the cartel and its alleged involvement in ongoing violence in the Tierra Caliente region of the central Mexican state of Michoacán.

CNN reported that on her show Monday, Uresti said she had entered into the federal protection program in Mexico, which is considered by the CPJ to be the deadliest country in the Western Hemisphere for journalists.

She also issued a message of thanks to those who expressed support following the alleged cartel video, saying, “Our work will always stick to the truth and to inform on the reality of a country like ours.”

“I also express, as has happened on other occasions, my solidarity and support to hundreds of colleagues who remain threatened or have had to leave their places of origin but who continue to show the value of informing and the value of this profession,” she reportedly added.

Uresti expressed gratitude on Twitter Tuesday for those who have shared “their love, solidarity and company.”

The Milenio Media group released a statement saying that Uresti had its full support, noting that while it is risky to report on organized crime, it “maintains an unwavering commitment to continue doing so in an impartial way.”

The president, who is known for his criticism of the press, expressed his support for Uresti in a Tuesday news conference, saying, “I completely condemn those threats.”

“I reiterate my solidarity with this journalist, Azucena Uresti, and to all journalists, with the guarantee that our government will always protect those who carry out this job,” he added, according to The New York Times.

According to CPJ research, at least four journalists were the victims of targeted killings in Mexico last year, with an additional one gunned down while reporting on the scene of a crime.

The CPJ said in the release of the 2020 report that it was still investigating at least four other journalist deaths in Mexico. 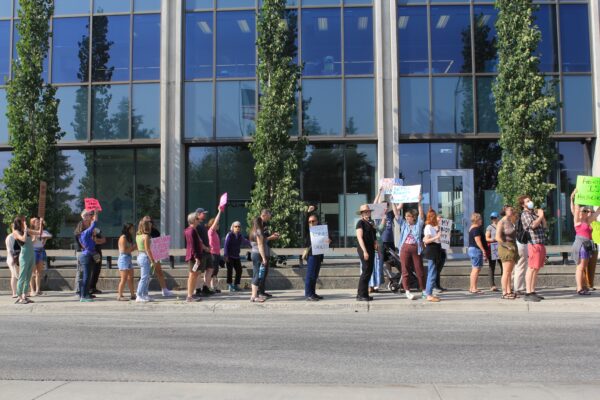