One day, Elsa Einstein, wife of the famous Albert, saw her husband wander over to the piano, jot down some notes, keep playing, then disappear into a room for two weeks. When he emerged, he had a working theory of relativity that would change physics forever.

What Albert Einstein probably experienced when playing his beloved music—which fed directly into the beauty of his science—was a state of flow that musicians, artists, and anyone really, can reach when their minds are lubricated and ready to unleash unbridled creativity. That creativity can be translated into jazz music, quantum mechanics, and business strategy.

Not to detract from the importance of his physics, but I put it to you that Albert was as much a genius for giving us another equation: “Creativity = intelligence having fun.” My creative agency has played with that idea in our quest to help organizations achieve progressive thinking and extreme collaboration toward any goal.

Companies will commit to intelligence any day of the week, but in the meantime, the fun often gets lost. But your best ideas don’t come to you when you’re hunched over a computer. They spring up on you when you’re on a run, having a beer with a friend, or chilling in the shower.

To circle back to our science theme: There’s a chemical reason for that. When cortisol, the stress hormone, floods our brains, it makes us close in on ourselves. But when we feed our brain dopamine, endorphins, and a whole lot of other goodies, we are lubing it up to get into that state of flow.

So, we want businesses to start thinking about how to generate a better “brain cocktail” for their employees—a concept inspired by Jennifer Aaker of Stanford and her book Humor, Seriously. That brain cocktail should disinhibit team members’ full potential, making them comfortable enough to share those radical ideas your business needs to power forward.

Imagine you’re daydreaming in the shower. You’re completely relaxed, and your brain is sinking into deeper levels of thinking. What you’re doing there is creating a safe space where you can just be you—sing, think, stare . . . . That’s what we refer to as psychological safety. Now, how do we create that in a room full of our peers, or on a Zoom call full of strangers?

The first ingredient of our brain cocktail is the social hormone oxytocin, also known as the “trust” or “cuddle” hormone. Oxytocin is the only hormone that needs other people around to be released, and is responsible for that toasty, calm feeling we get when we’re with people we care about.

So how do we trigger it? It’s about making connections through talking, laughing, sharing a moment, or even just eye contact. One way you can do this is taking a joint break during a team meeting, in which everyone turns their cameras on, makes “eye contact,” and shares a funny or embarrassing story they experienced or heard recently. Sometimes, if a team member seems stuck, it may be a good idea to put them in a space with someone they cherish, like a partner, and tell them to just spend time with them. They’ll come back refreshed and in a better frame of mind.

Oxytocin can also be released in the thrill of making new connections, by simply bringing together team members who wouldn’t usually cross paths to brainstorm a business strategy together.

When we get the oxytocin flowing, we’re generating trust, but also effective collaboration. Not only that, we’re also allowing our bodies to fight back against cortisol, the hormone connected with stress and fear, allowing for greater optimism and social ease.

Drive up the dopamine: Get engaged

You and your friend are riffing off each other after watching the latest Fast and Furious movie. Each of you is coming up with more and more ridiculous one-liners; you’re giggling like children, and you feel a warm, contented feeling. And you’re at it for a good 10 minutes.

That’s dopamine coursing through your body—the happy feeling that’s so rewarding you keep wanting more, so you stay engaged with whatever it is you’re doing. Dopamine can be triggered by something exciting or hilarious, by singing or playing a game. It’s what concentrates your thoughts and gets you lost in the moment.

We can release dopamine when working in a team by simply bringing in more fun, whether by transforming a task or by sprinkling some in. For example, you can start a meeting with a funny video, or interrupt with a pop quiz. Or, gamify your meeting’s agenda so that whenever a team member contributes an idea towards that new marketing strategy, they enter a raffle for a free latte (even though your office already has courtesy coffees). That chemical will generate great ideas, and make people latch onto them so they can continue to grow.

Exercise your endorphins: Clear your mind

When we think about endorphins we think about sports, running, and exercising. That’s all true, but you can also work them up by standing up instead of sitting. Having sex. Making things with your hands. Dancing. For people with physical disabilities, it can be released through social touch and hugs (which doubles it up with oxytocin). Endorphins generate a euphoric feeling, and that release actually gives people better clarity of thought, and puts them in a relaxed state.

In a workplace, that is a crucial stage in working toward an “aha” moment—those moments where all the cobwebs are brushed away to reveal a singular, genius idea. Oxytocin prepares you, dopamine gets you focused, and endorphins help you prioritize and crystalize an idea.

A good way of upping endorphin levels during the workday is to encourage people to take a “walking meeting,” in which they join a Zoom call from their phones while out on a walk. In-office meetings can be paused for a “shake it out” break; also, you could add a few workout machines to the office and explain to your team how important endorphins are to creative productivity.

We get used to thinking and ideating within the same molds, and sometimes we don’t understand how to get unstuck. Our own bodies provide the solution. We have everything we need to unlock the (perhaps rusty) doors to our weird and wonderful imaginations—we just need to be our own bartender in making that cocktail come to life.

Paul Charney is the founder and CEO of Funworks, a creative agency using psychology, neuroscience, and fun to generate extreme collaboration and progressive design thinking. 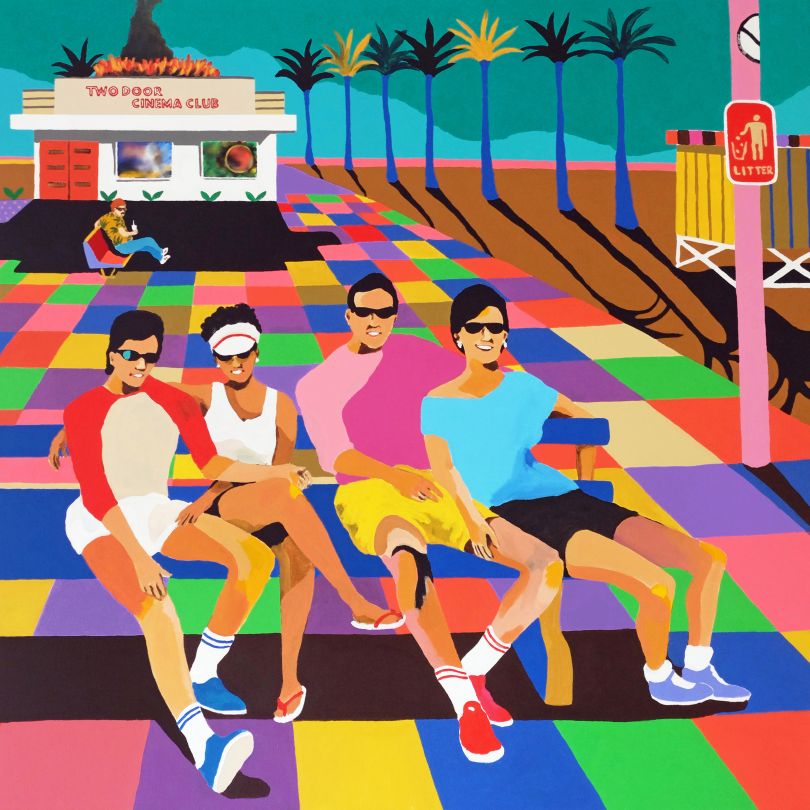 Greatest album covers of the yr unveiled for 2022