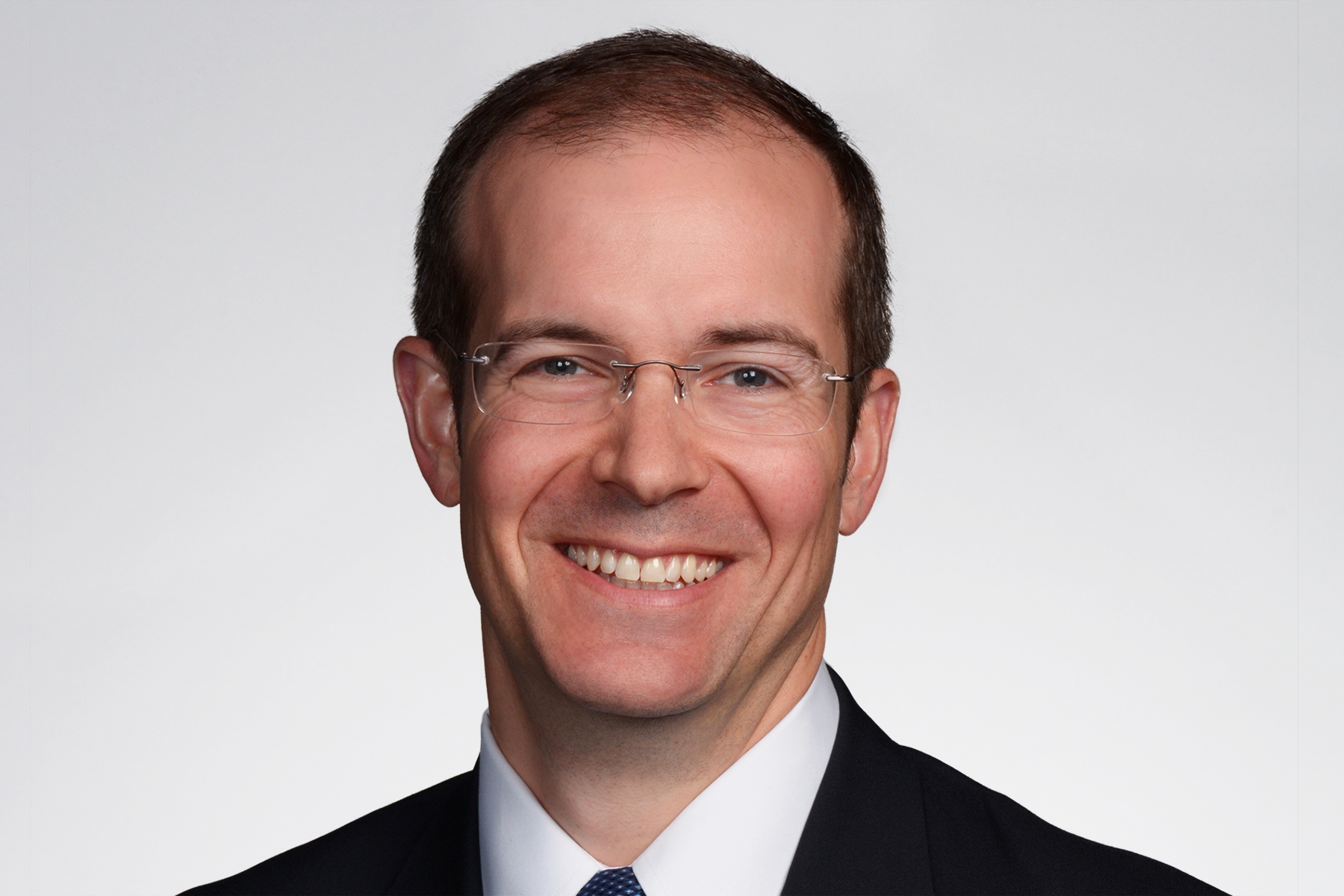 During July 2021, investors became increasingly concerned about both the sustainability of the pace of the economic recovery and the potential impact that the delta variant of the coronavirus may have on the path to economic normalization. As such, value stocks, which are more highly leveraged to near-term economic recovery, fell out of favor, and investors rotated back into growth and core stocks, whose values are determined by earnings growth in the future. For the month, the Morningstar US Value Index dropped 0.14%, whereas the US Core and US Growth indexes rose 2.87% and 2.86%, respectively.

While we are monitoring the data and studies coming out regarding the delta variant, we do not think it will meaningfully derail economic normalization and recovery. According to our valuations, we continue to see the best opportunity for long-term investors in the value category, especially among small-cap stocks, which we view as undervalued. Overall, large-cap stocks are fairly valued and have the best opportunities for investors. Core stocks, however, remain overvalued across the board.

Based on a composite of the intrinsic valuations assigned by our equity research analysts of the companies we cover that trade on U.S. exchanges, we calculate that stocks are trading at a 4% premium. At this level, we consider the broad U.S. equity market to be at the high end of the fairly valued range. 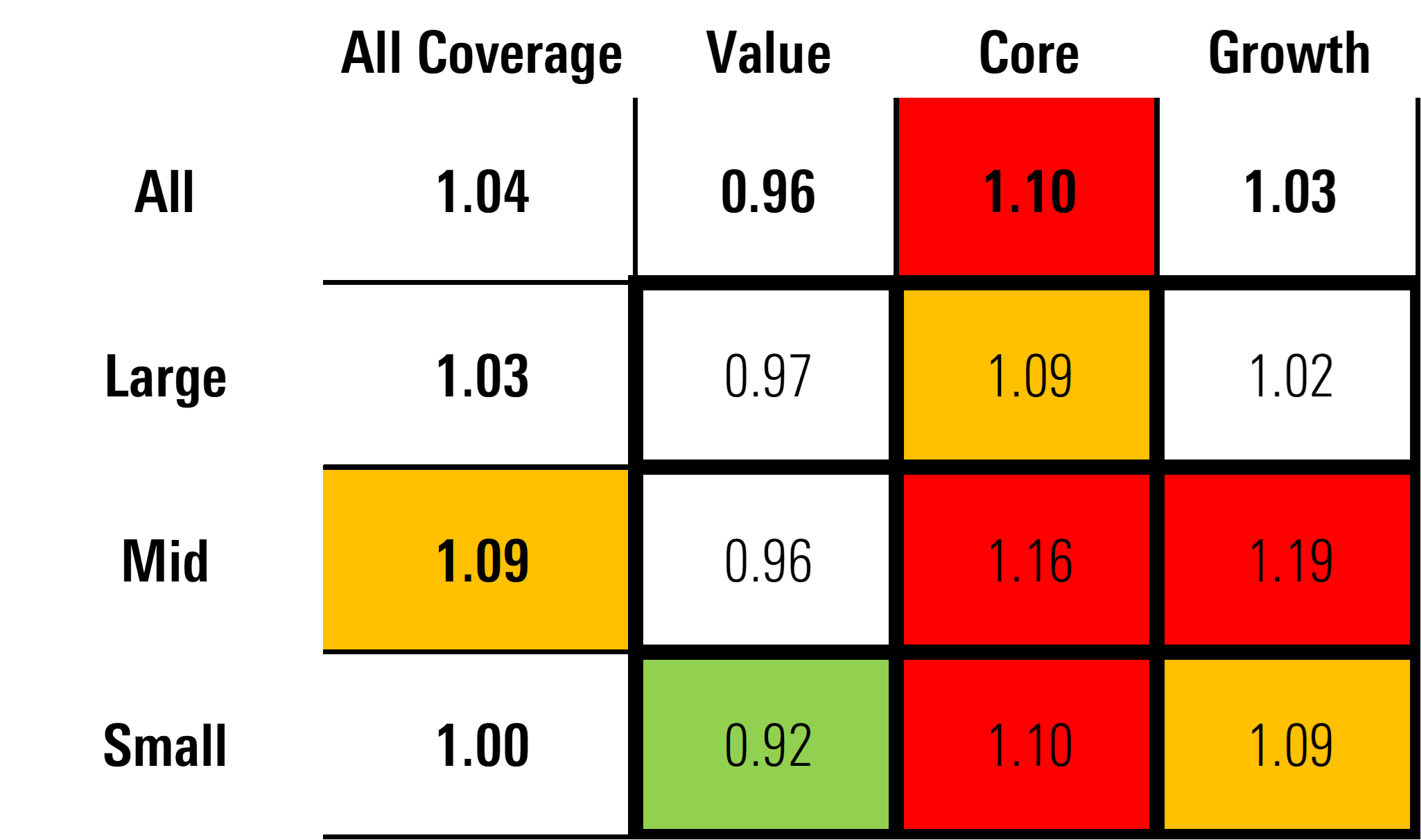 While the premium for the broad markets is the same as we calculated at the end of June, the movement in the underlying market and adjustments to the fair values for a number of the stocks we cover have led to some valuation changes in the underlying categories. Overall, the value category is now trading near the bottom of the fairly valued range, and after dropping to a price/fair value of 0.92, small-cap value stocks are now undervalued.

Even after accounting for the increase in the Morningstar US Growth Index in July, the price/fair value of the overall growth category dropped to 1.03 from 1.05 at the end of June. The primary factor was the increase in our fair value estimates for a number of stocks in the large-cap growth category as we bumped up our estimates for long-term earnings growth following second-quarter earnings results. For example, we increased our fair value estimates on four of the five largest companies in this category, including Microsoft (MSFT) (17% increase), Alphabet (GOOGL) (9%), Facebook (FB) (4%), and Tesla (TSLA) (4%). Other notable increases included Visa (V) (7%), Nike (NKE) (8%), Danaher (DHR) (13%), and Shopify (SHOP) (9%).

Undervalued Opportunities Abound Among Those With Competitive Advantages

Stocks with wide Morningstar Economic Moat Ratings have generally outperformed the broad market this year. Yet, we continue to see an opportunity for investors to rotate into high-quality, wide-moat companies, especially within wide-moat growth companies, which we view as undervalued. Examples of 4-star stocks that fit this bill include Microsoft, Alphabet, Amazon.com (AMZN), Salesforce.com (CRM), and Core Laboratories (CLB).

Our base-case scenario remains that inflation will subside later this year and normalize in 2022. However, for investors who are concerned that inflation will remain more persistent, it is worth noting that stocks of wide-moat companies would be expected to hold their value better in an inflationary environment than in the overall market. Companies with a wide moat generally have a greater ability to quickly pass through cost increases in order to maintain their margins. For example, firms with an economic moat source based on high switching costs often have room to raise prices before customers will find it cheaper to move their business to a competitor. In addition, firms with an economic moat in sectors such as consumer defensive often sell products that are inelastic, in which demand is not significantly affected by price fluctuation.

Across our sector coverage, only two are undervalued and two are fairly valued. At a price/fair value of 0.84, the energy sector remains the most undervalued, and the communications sector is a close second at 0.90. Consumer cyclical and utilities are fairly valued at 0.95 and 1.03, respectively. All of the remaining sectors are overvalued by different degrees.

Within the energy sector, 21 of the 25 companies we cover that trade on U.S. exchanges are rated either 4 or 5 stars, the highest percentage of any of the sectors we cover. The undervalued stocks range from large-cap international production companies such as Exxon (XOM) and ConocoPhillips (COP), to mid-cap service providers such as Baker Hughes (BKR) and Halliburton (HAL), to small-cap midstream companies such as Equitrans Midstream (ETRN) and Plains GP Holdings (PAGP).

In the communications sector, the undervaluation is concentrated in the large-cap space. Within the sector, only 14 of the 55 U.S. stocks are undervalued. More specifically, based on its mega-cap size and a price/fair value of 0.86, 4-star Alphabet skews the price/fair value of the overall sector lower than its median. A few other undervalued stocks in this sector include AT&T (T) and ViacomCBS (VIAC). 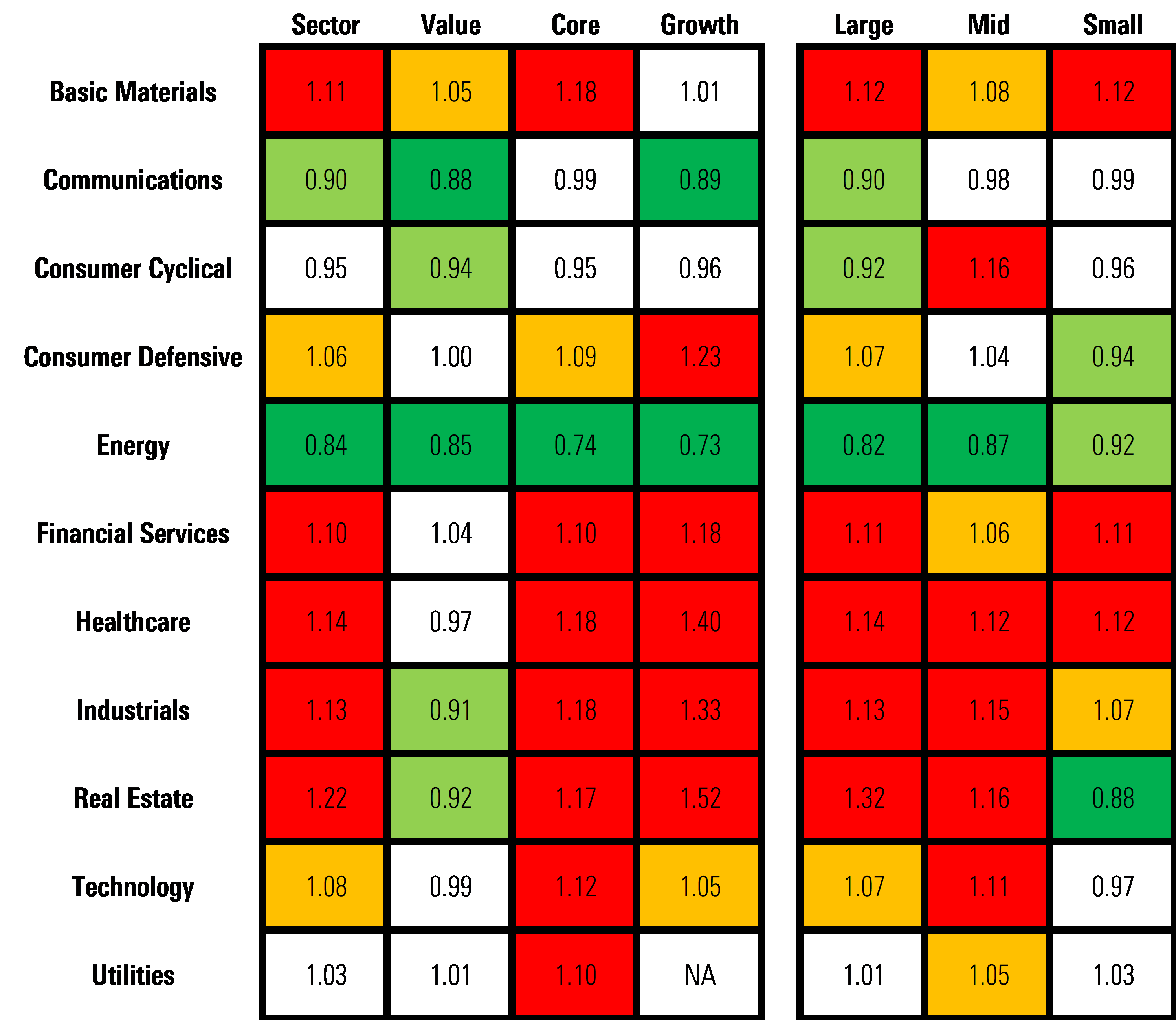 Based on our economic outlook, in conjunction with our price/fair value metrics, investors may consider overweighting value stocks (especially small-cap value), overweighting large-cap growth stocks, and underweighting core stocks. In addition, investors may also look to increase their exposure in the energy and communications sectors, as well as consumer cyclical and utilities. 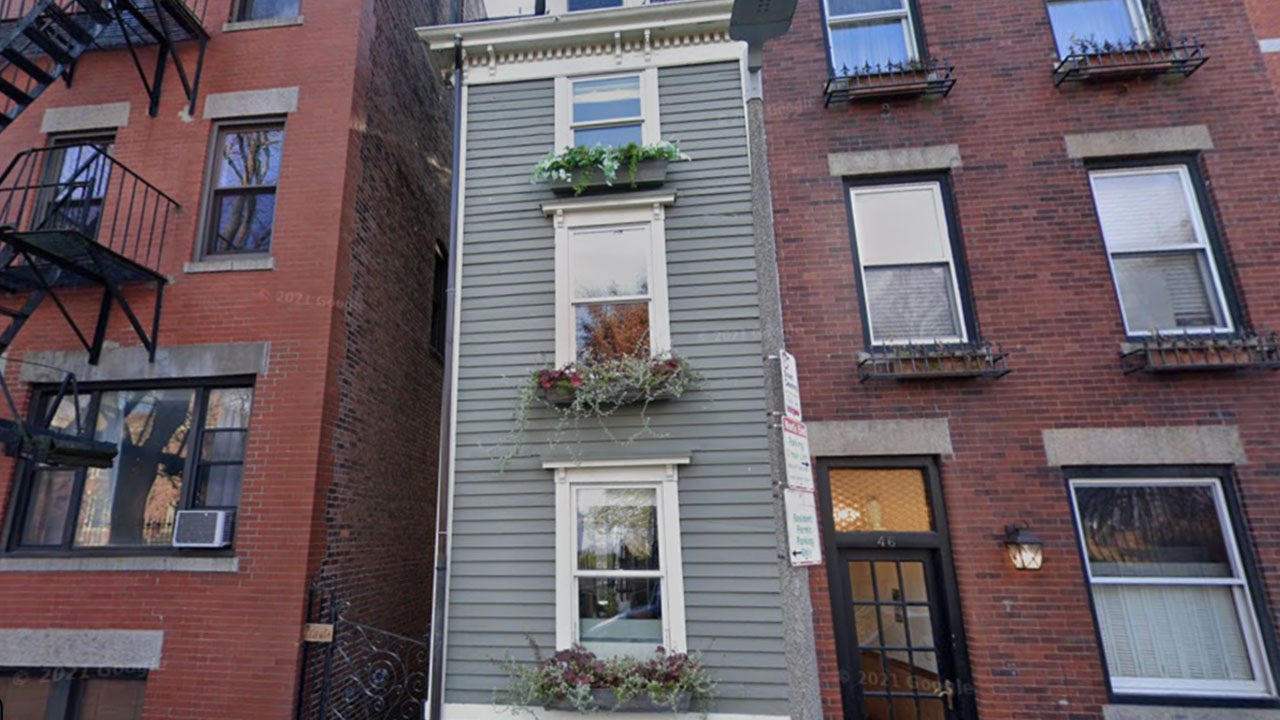