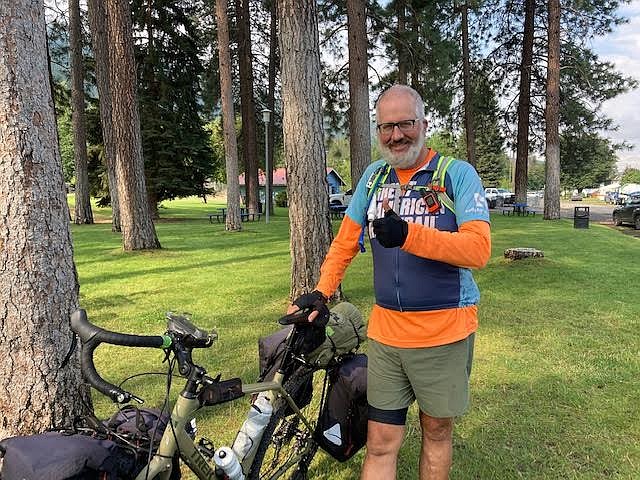 When John ‘Jay’ Waters from Alexandria, Virginia, rode his bike into Superior recently, he didn’t anticipate the hospitality he was about to receive.

Waters retired as a colonel from the U.S. Army in 2017 after 30 years. He served in the Adjutant General Corps (human resources) and deployed multiple times to Iraq, Afghanistan, Liberia, Rwanda and other places.

“Seems like whenever there was a civil war in Africa, I ended up getting sent down there,” he said with a grin.

Waters started pedaling on his cross-country tour on May 26, from the steps of the Capitol in Washington, D.C.

Superior marks about 3,100 miles of the 3,800-mile trek. La Push, in the Olympic National Park in Washington state, is one of the westernmost points in the Lower 48 and that is where there will be a small celebration as he places his bike into the Pacific Ocean and then quickly retrieves it because it will be refurbished for next year’s five coast-to-coast riders, sponsored by Warrior Expeditions.

Warrior Expeditions supports veterans who have served in combat zones, have been honorably discharged and want to participate in an outdoor long-distance expedition to transition from their military service.

Veterans are outfitted with the most highly rated outdoor equipment and clothing on the market, plus a monthly $300 stipend to purchase supplies during their journey.

Warrior Expeditions also coordinates with supporters who live along each veteran’s route to provide support in the form of transportation, lodging and food.

This is Waters’ second expedition. His first was a hike from Mexico to Utah in 2018.

THE REASON for the bike ride is twofold, Waters said.

“It’s for us, the individual veteran. To have this experience. And for some guys and gals that do these, they are maybe working off bigger issues from their wartime experiences,” he said.

“Personally, I feel blessed that I am doing OK. Now the second part of the trek is on the awareness side. We’re trying to promote the Great American Rail Trail and I’m riding next to one right now,” referring to the old Milwaukee Train route.

“I began working with the national Rails to Trails Conservancy and recruited Bert Lindler with Wild Montana to form an informal committee, which we call Mineral County Rails to Trails,” Magone said.

This spring, the Rails to Trails Conservancy announced it would co-sponsor veterans bicycling the Great American Rail Trail as part of the Warrior Expedition’s program.

Five riders started together but were soon spread out across the country as they traveled at different speeds.

This is the first year for the route of riding on the Great American Rail Trail, and Waters will be the last rider for 2021.

COMMUNITY SUPPORT is an oasis in the desert for participants on Warrior Expeditions. Magone, Lindler and other residents from Saltese to Tarkio welcomed Waters.

They paid for a room so he could do his laundry, shower and sleep in a comfortable bed, and the next morning, they held a small reception in Eva Horning Park, where Waters brought them up to speed on his journey.

“What I’m doing personally, not that I’m anything special, is I try to stop at any American Legion, VFW, Marine Corps League, AmVets,” Waters said. “Any kind of veteran-specific organization and I get a picture. And the ones that are open, I go in and visit which usually leads to a good thing, like a free drink for sure. Several have let me bunk over in the facility.”

Waters pitches a tent when he needs to, be it on the side of a road, a campground or someone’s backyard. Highlights have been riding into small towns and visiting with people and veterans. Waters said he tells everyone that America is a wonderful country. He uses backroads as much as possible and admits that Montana has been a bit crazy as he’s spent a lot of time on Interstate 90, which has been spooky with 80 mph traffic on the narrow bridges.

He used cars as “shields” for a little protection from a grizzly sow and cub and then a moving herd of bison in Yellowstone National Park, which made his heart thump harder than any hill he’s pedaled so far.

“It’s been rewarding and it’s been challenging. I do look forward to being done, though,” Waters said.

His wife is flying out to shadow him from Spokane to La Push as support and to transport some of the gear to make the load a bit lighter.

But his overnight stay in Mineral County made a lasting impression.

“Superior is my new favorite town on the trail,” he said. 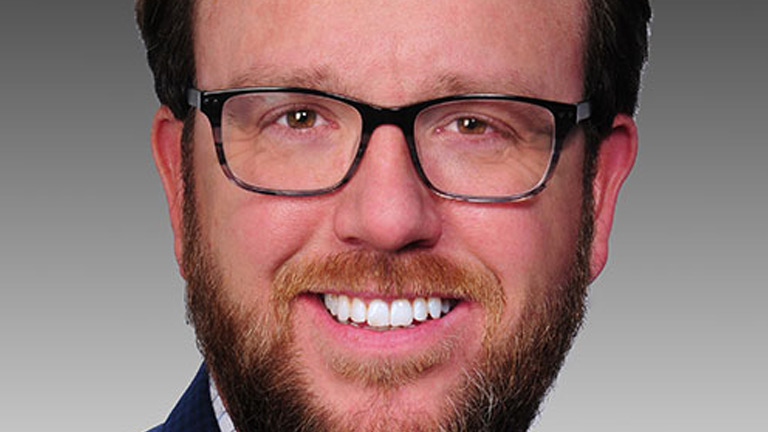 An Essential Element of Electrification

The Luxury Cruise Ship Vacations You Won’t Want to Miss