President Joe Biden had a high-profile meeting with the heads of some of the world’s biggest tech, energy, and financial services companies on Wednesday to discuss the nation’s cybersecurity preparedness.

Speaking to those CEOs, Biden noted some of the administration’s efforts to combat cyberattacks, including bringing together 30 nations to work together to combat ransomware.

“But the reality is, most of our critical infrastructure owned and operated — is owned and operated by the private sector, and the federal government can’t meet this challenge alone,” Biden said. “So I’ve invited you all here today because you have the power, the capacity, and the responsibility, I believe, to raise the bar on cybersecurity.”

Cybersecurity has become a growing concern within the government following the massive hack of government systems, including the Department of Defense, by Russian hackers in December 2020. A ransomware attack on Colonial Pipeline in April, and the revelation in July that China-based hackers attacked 23 U.S. pipeline companies from 2011 through 2013, only added to calls for improved cybersecurity at the national level.

Following the meeting the White House announced that the National Institute of Standards and Technology (NIST) will work with industry partners to create a new framework to improve the security and integrity of the technology supply chain. The Biden administration also announced the expansion of the Industrial Control Systems Cybersecurity Initiative to natural gas pipelines.

The meeting also saw major announcements from the biggest tech firms on hand. Microsoft, for instance, announced it will spend $20 billion over the next 5 years to boost the company’s cybersecurity capabilities. It also will provide $150 million in services to federal, state, and local governments to improve their cyber defenses.

Amazon, meanwhile, announced that it will make the cybersecurity training materials it has developed to keep its employees and sensitive information safe from cyberattacks available to the public. The company will provide qualified AWS customers with a free multi-factor authentication device to help protect them from cyberattacks.

Google said it will invest $10 billion over the next five years to expand its zero-trust programs to help secure the software supply chain and enhance open-source security.

Apple, for its part, said it will create a new program to build out security improvements for the technology supply chain by working with its suppliers to ensure they use multi-factor authentication, have security training, and understand vulnerability remediation, event logging, and incident response.

U.S. Bancorp CEO Andy Cecere, who was also in attendance, thanked Biden for holding the meeting.

“We’re committed to working with the White House, Congress and private sector partners to put the results of today’s productive discussions into action,” he said in the statement.

The gathering also comes as the Biden administration reportedly pursues investigations of Apple, Google, and Amazon for potential antitrust violations and after repeated criticisms of Big Tech’s role in the spread of disinformation from the president and his team.

In May, the Colonial Pipeline hack cut off nearly 50% of the fuel capacity for the East Coast, causing shortages in some states as drivers bought up as much gasoline as possible. Following that incident, the president emphasized the need for “greater private-sector investment in cybersecurity.”

Biden was all set to ask the assembled CEOs for that type of investment on Wednesday. But the meeting came as he and his administration have developed a complicated relationship on many fronts with the tech giants.

On the one hand, the president and his aides have often taken their companies to task for how they operate in their respective industries. In July, Biden said “they’re killing people” when he was asked about his message for platforms like Facebook when it comes to vaccine misinformation. The president later walked back the remarks somewhat but has maintained an aggressive posture towards the industry.

Biden has also staffed his administration with a mix of prominent critics of Big Tech — like the selection of prominent Amazon critic Lina Khan to head the Federal Trade Commission — that seemed to signal his team would take a tough stance towards tech giants like Facebook, Google, Amazon, and Apple.

On the other hand, Biden has also populated his administration with some veterans of the technology industry as the Wall Street Journal reported in May. And just Monday, The New York Times reported that Apple and Google were urging trade officials in Washington to fight a South Korean bill that could hurt their app store businesses.

Despite its mixed past with Big Tech, the Biden administration might need tech giants to help shore up the nation against cyberattacks.

High-profile attacks like those on Colonial Pipeline garner international headlines. But apart from those high-profile cases, states and local municipalities have also been inundated by cyberattacks that impact everything from their records to 9-1-1 systems.

What’s more, the attacks can cost hundreds of thousands of dollars in lost time, labor, and new equipment to remediate, money that many localities don’t have. Such hacks often stem from outdated software, user error, or poorly configured security systems.

In May, Biden acknowledged that he can’t force private companies to take measures to prevent attacks. But, he added, “It’s becoming clear to everyone that we have to do more than is being done now.”

The Biden administration has proposed nearly $1 billion in grants within the $1 trillion infrastructure bill for cybersecurity improvements for state, local, and tribal governments.

The federal government has also moved forward with new cybersecurity rules for pipeline operators, requiring them to report any cyberattacks on their systems to the Department of Homeland Security’s Cybersecurity and Infrastructure Security Agency, and implement means to protect against future cyberattacks.

Vice President Kamala Harris has also made supply chain security a key element of a trip to Asia this week. She announced a new partnership with Singapore to ensure resilient supply chains and held a roundtable event on the issue on Tuesday.

The pandemic has “highlighted the fractures and the failures and the fissures in our systems,” Harris told leaders at the event.

This story was originally published on Aug. 24 and updated on Aug. 25 with new details from the White House.

Got a tip? Email Daniel Howley at dhowley@yahoofinance.com over via encrypted mail at danielphowley@protonmail.com, and follow him on Twitter at @DanielHowley.

Ben Werschkul is a writer and producer for Yahoo Finance in Washington, DC. 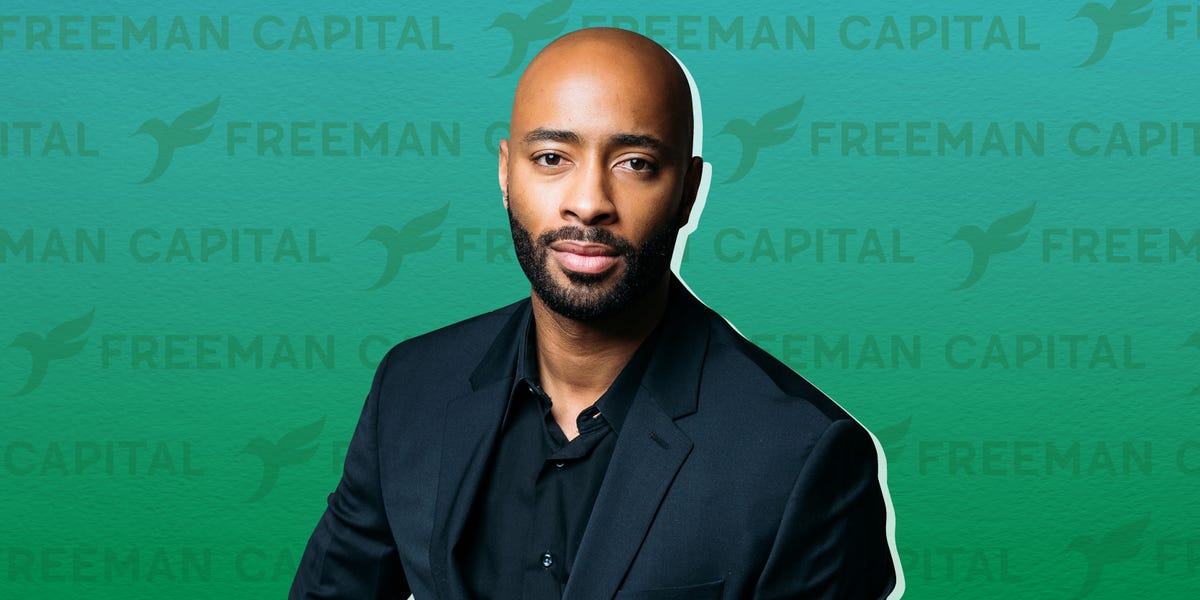 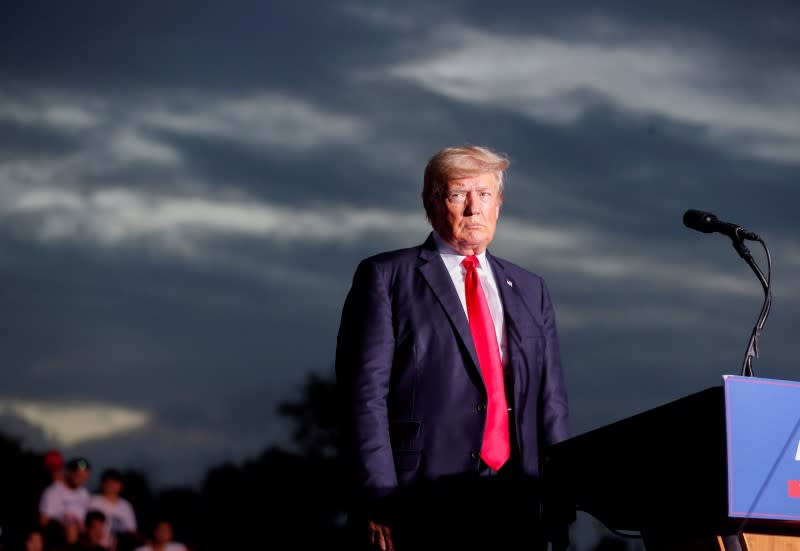 U.S. judge says some Trump records should be turned over to House panel 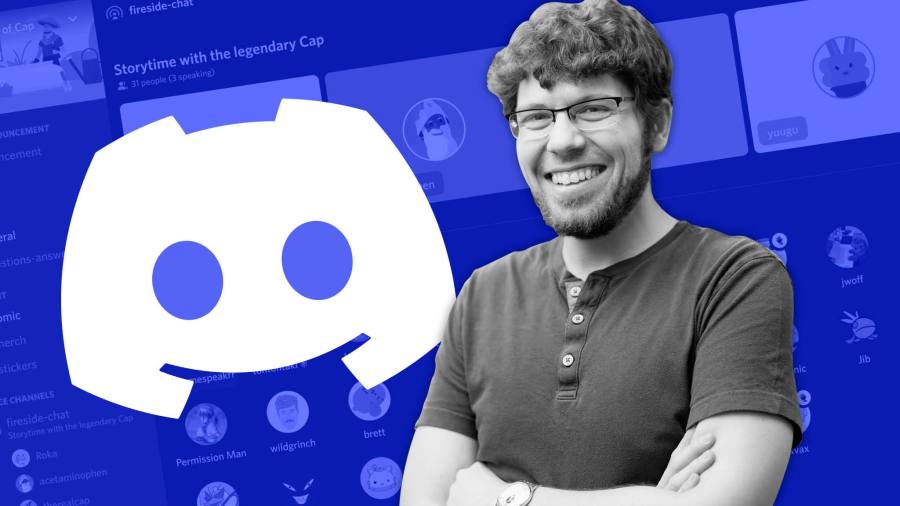