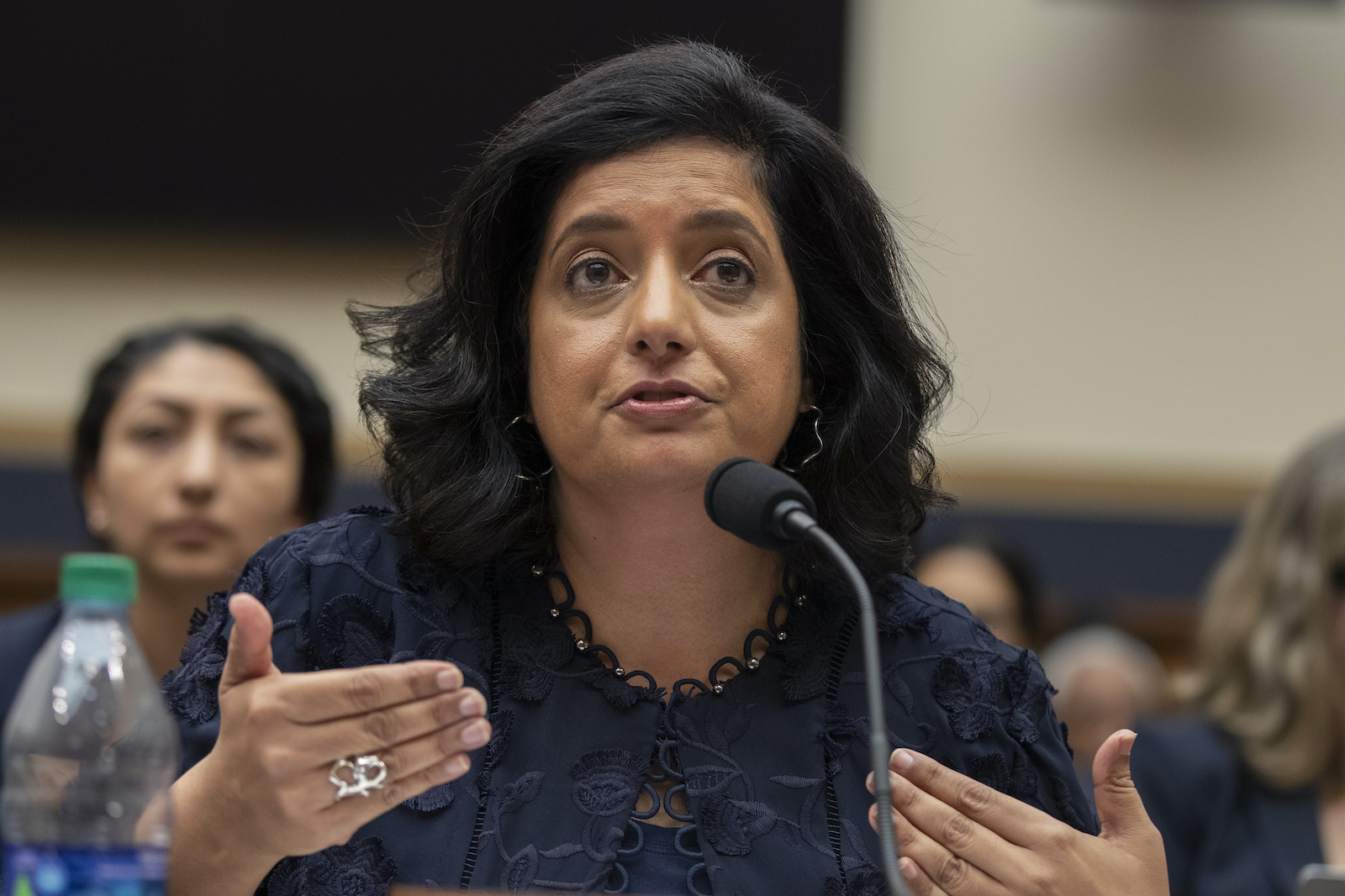 (RNS) — On the day in June when Muslim Advocates announced it had been selected for a high-profile donation from MacKenzie Scott, the philanthropist and former wife of Amazon founder Jeff Bezos, the nonprofit touted “the tremendous work and accomplishments of our dedicated staff, past and present” in its mission of advancing equal rights for American Muslims.

At the civil rights organization’s headquarters in Washington, D.C., however, long-simmering conflicts were boiling over.

In early May, Deputy Director Naheed Qureshi resigned, followed weeks later by co-founder and Executive Director Farhana Khera, after the board of directors requested a review of her management. Shortly afterward, the board voted to put Khera on leave early.

In June, in a blog post, Khera, who had led the organization for 16 years, said she had been forced out due to gender and religious discrimination, complaints the organization is now investigating. At least four advisory council members have since resigned in protest. Several argued that Khera was the organization’s “greatest asset.”

In answer, a group of former employees anonymously published an open letter the day after Khera’s announcement, claiming the pair’s management had led to a “hostile” and “abusive” work environment that fostered mistreatment, racism, sexism and labor exploitation.

“While the senior leadership of Muslim Advocates claimed to protect Muslims for the public and to funders, the same senior leaders mistreated staff, threatened retaliation, retaliated, and misrepresented staff complaints to the board,” former employees said in the June 22 letter.

The wide-ranging list of allegations include dismissing staff concerns about exceeding legal limits on lobbying by 501(c)(3) nonprofits; screaming at and berating staff “often until they cried and/or quit”; making racist comments about Arab culture; treating staff as personal assistants; policing dress, appearance and personalities of female staff; and more.

“We ask the civil rights community to demand for a real accounting of what occurred to staff,” the letter read.

Muslim Advocates has opened an investigation, led by law firm Debevoise & Plimpton, into Khera’s allegations of discrimination by the board as well as former staff’s allegations of workplace hostility. 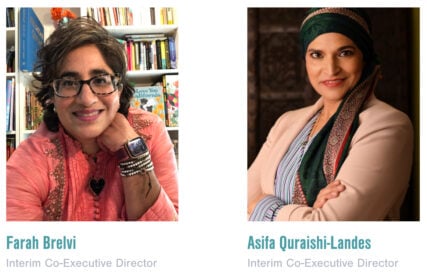 “We take the concerns that have been shared by former members of the staff seriously and are committed to addressing their complaints,” Muslim Advocates’ new interim co-executive directors, Farah Brelvi and Asifa Quraishi-Landes, said in a statement.

Some of Khera’s supporters have suggested the open letter was part of an orchestrated smear campaign. Fatima Khan, a consultant who left the organization in support of Khera, suggested in her resignation letter that board members and senior leadership had “coordinated efforts” with the “former disgruntled staffers” behind the allegations she described as “false” and “apparently intended to defame and harm” Khera and Qureshi.

All the former workers RNS spoke to, except one who worked only remotely due to the pandemic, described a pervasive “us-versus-them” work culture between Khera and Qureshi and their employees. Most characterized management as given to verbal abuse, public humiliation, discrimination and threats.

“While working at Muslim Advocates I was having panic attacks pretty regularly … not knowing how or when Naheed was going to call me into her office to yell at me,” one former employee told RNS.

By the time she left, she said, she felt “pretty shattered,” and left with no confidence in her work “because of how regularly I was belittled.”

Another former employee alleged that a sexual harassment complaint she submitted to management in 2020 was hidden from the board, while the complainant herself was removed from a project and began receiving negative employee reviews. The complaint, which RNS reviewed, documents “pervasive” sexual comments made to a Muslim woman employee by a colleague, which the complainant said she repeatedly flagged to Khera and other managers as inappropriate.

Board members told RNS they only learned of the complaint when the complainant herself sent it to them upon hearing Khera was resigning. A former senior employee, who later managed both the complainant and alleged harasser, told RNS appropriate action was taken after the complaint. She disputed claims that the complainant’s employee reviews or work assignments suffered.

Muslim Advocates was founded in 2005 as an extension of the National Association of Muslim Lawyers to address anti-Muslim discrimination after the 9/11 attacks but came to prominence during protests against the Trump administration’s ban on travelers from certain Muslim-majority countries. Khera testified before Congress multiple times, and after announcing her resignation, she received a wave of supportive tweets from prominent figures including Rep. Ilhan Omar and Sen. Dick Durbin.

Public allegations of misconduct and abuse of power are relatively rare in the American Muslim nonprofit space. But one former staffer said it was allegations of workplace harassment, misconduct and sexism made by former employees of the Council on American-Islamic Relations, the country’s leading Muslim civil rights group, that spurred them to publish the open letter.

“In the aftermath of the hate and revilement that Muslims faced post-9/11, it has been very difficult for us to talk about any of the issues that we faced internally, from our own community members,” the former employee said. “I hope that 20 years later, that can stop becoming an excuse to protect some of the most harmful figures in our own community, who purport to do one thing while doing the opposite.”

Several former employees allege that, while they led a historic lawsuit against Amazon for denying Muslim workers time and space to pray, their own organization was failing to provide them with reasonable prayer accommodations. 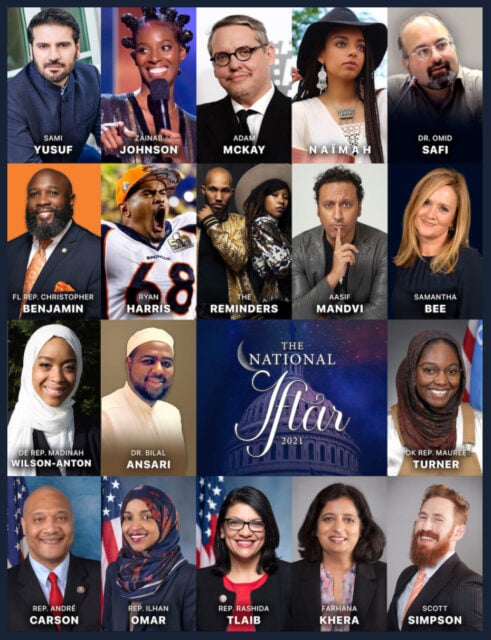 The presenters scheduled for the 2021 National Iftar event ranged from athletes to congressional representatives. Screen grab courtesy of thenationaliftar.org

During the group’s historic, star-studded 2019 Ramadan iftar event at the U.S. Capitol, multiple former staff members said, repeated requests to arrange for a private room with prayer mats were denied; instead, former employees alleged that staff members were told to use their own bedsheets and pray in a hallway, resulting in one Muslim man allegedly being hassled by Capitol police. In the Washington office, staff claimed they were directed to pray in a storage room crowded with junk and, later, a room often locked by custodial staff.

“The level of care that Farhana and Naheed had for the community was essentially nonexistent, and that was put on full display in this event,” said a former employee who had been a coordinator for the iftar program.

Several staff members told RNS they and other employees were constantly demeaned and verbally harassed by management. “They chew people up, they really do,” a former staffer said. Multiple former employees said they were fired after handing in their resignations and alleged that Khera and Qureshi spread false rumors about who had anonymously posted negative reviews of the organization’s work culture on the website Glassdoor.

The rupture between Khera and the board, too, was a long time coming.

In her June 21 announcement of her resignation, she said stepping down was the result of four years of behind-the-scenes battles with the organization’s board of directors.

Khera said she was forced to resign due to board members who discriminated against her for being a strong Muslim woman who did not wear the hijab and insisted on “stand(ing) up for myself and demand(ing) equal treatment for me and my diverse staff.”

“Being a woman — particularly a Muslim woman in a position of power in the Muslim space — has not been easy,” she wrote. “There is a loud minority of community voices who believe that the only ‘proper’ Muslim woman is a woman who defers to men and male viewpoints and wears hijab. They believe that, even at a civil rights organization, she should be seen and not heard.”

Several of her supporters suggest that the board retaliated for Khera’s pro-LGBT stances and refusal to wear hijab. One former Muslim Advocates employee told RNS that University of Toronto law professor Mohammad Fadel, a board member, had expressed concern in the summer of 2020 about the organization’s advocacy of LGBT rights, allegedly saying it was too “divisive.” Fadel denied the claim to RNS and pointed to an article he had penned months earlier praising the organization’s advocacy for LGBT rights.

Muslim Advocates responded to Khera’s resignation announcement with a statement saying Khera had “voluntarily resigned” after refusing “repeated requests by the board for a review of workplace culture under her leadership following numerous complaints primarily from female employees.”

The interim leaders said an independent investigation into Khera’s allegations conducted in June 2020 had concluded Khera’s “allegations of discrimination had no merit.” Former staff also argued that virtually all the board members had been selected by Khera and Qureshi.

Khera declined to comment for this story. Qureshi did not respond to a request for comment. Khera’s attorney, Lisa Banks, pointed to her prior statement that describes Muslim Advocates’ claims as “patently false and retaliatory” and notes Khera is now considering legal recourse.

“Farhana Khera is one of our country’s most respected civil rights leaders, lauded by the board of directors of Muslim Advocates, the organization she founded, as ‘extraordinary’ and ‘impactful,’” Banks said. “It was only after Ms. Khera expressed concerns about the board’s commitment to justice and equality that it chose to reverse course and publicly question her leadership.” 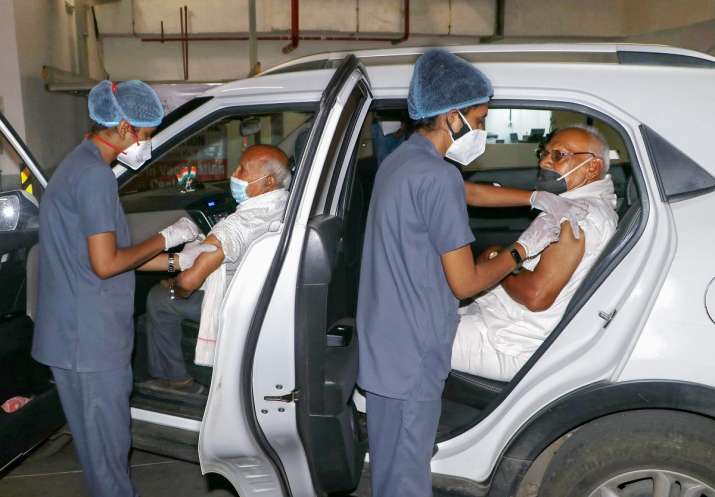 Nagpur Covid curbs to relax from today, restaurants to remain open till 10 PM