German technology and engineering group Bosch, which is the world’s largest car-parts supplier, believes semiconductor supply chains in the automotive industry are no longer fit for purpose as the global chip shortage rages on.

Harald Kroeger, a member of the Bosch management board, told CNBC’s Annette Weisbach in an exclusive interview Monday that supply chains have buckled in the last year as demand for chips in everything from cars to PlayStation 5s and electric toothbrushes has surged worldwide.

In February, a winter storm in Texas caused blackouts at NXP Semiconductors, which is a major provider of automotive and mobile phone chips. In March, there was a fire at a semiconductor plant in Japan operated by Renesas, one of the car industry’s biggest chip suppliers. In August, factories in Malaysia have been abandoned as national lockdowns were introduced to reduce the spread of the coronavirus.

Volkswagen and BMW cut their production as they struggled to get the chips they needed to build their cars. These companies and semiconductor suppliers should now be looking to figure out how the chip supply chain can be improved, Kroeger said.

“As a team, we need to sit together and ask, for the future operating system is there a better way to have longer lead times,” he said. “I think what we need is more stock on some parts [of the supply chain] because some of those semiconductors need six months to be produced. You cannot run on a system [where] every two weeks you get an order. That doesn’t work.”

Semiconductor supply chain issues have been quietly managed by the automotive in the past but now is a time for change, according to Kroeger, who believes demand is only going to increase with the rise of electric vehicles and autonomous vehicles.

“Every car that gets smarter needs more semiconductors,” Kroeger said.

Electric cars need very powerful and efficient semiconductors in order to to get more range out of each kilowatt hour of battery, he added.

UBS analyst Francois-Xavier Bouvignies told CNBC last week that cars with internal combustion engines typically use around $80 worth of semiconductors in the powertrain, but electric vehicles use around $550 worth.

Bosch has built a new 1 billion euro ($1.2 billion) semiconductor plant in Dresden — the capital of the German state of Saxony and one of Europe’s biggest semiconductor clusters — over the last two years and production started last month.

“The fact that we actually started to build this plant a couple of years ago shows that we expected the demand to go up dramatically,” said Kroeger.

Other chip heavyweights including Intel and TSMC are planning to set up new factories in the next few years as part of an effort to boost production.

Kroeger said he expects the chip shortage to extend “way into 2022” adding that he hopes demand remains stable. “We need to ramp up supplies so we can fulfil that demand,” he said.

German President Frank-Walter Steinmeier told CNBC this week that the plant comes at a crucial time for the industry, adding that Germany and Europe are still a long way from achieving digital sovereignty in semiconductor production.

“It’s important and right that Bosch has chosen to invest here at a time when we see supply squeezes on international markets,” he said during a visit to the new Bosch facility.

“I think the current situation gives us an added push to be stronger in this field,” added Steinmeier.

The number of people working in the semiconductor sector in Dresden has risen from 45,000 to 70,000 over the last decade, according to Frank Bosenberg, managing director of tech network Silicon Saxony.

Catching up with Asia

The vast majority of the world’s chips are produced in Asia, with TSMC being the biggest chip producer worldwide. Europe accounts for just a fraction of global semiconductor production.

“Europe has a demand of 20% and production of less than 10% right now,” Bosenberg said.

He thinks Europe should increase semiconductor production, but he noted that it’s a global industry and no one country is even close to being autonomous.

Dutch semiconductor equipment seller ASML is the only company in the world capable of making the machines that are needed to make the most advanced chips, which are used by the likes of Apple.

ASML is a “major asset within the industry,” Bosenberg said. 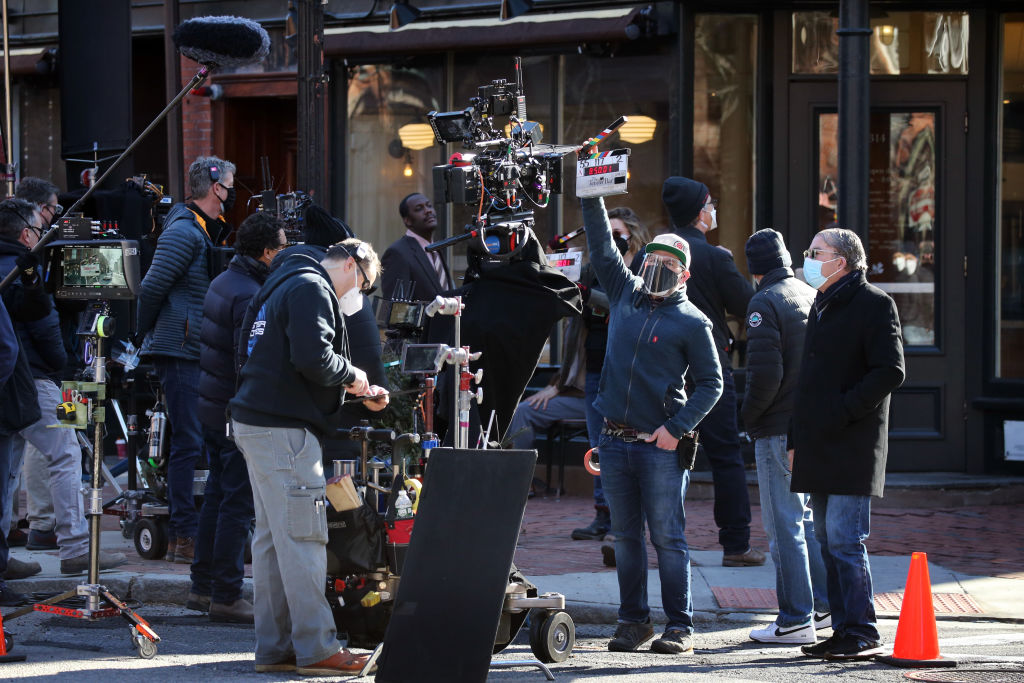 Film Industry Workers Are Fed Up With Long Hours