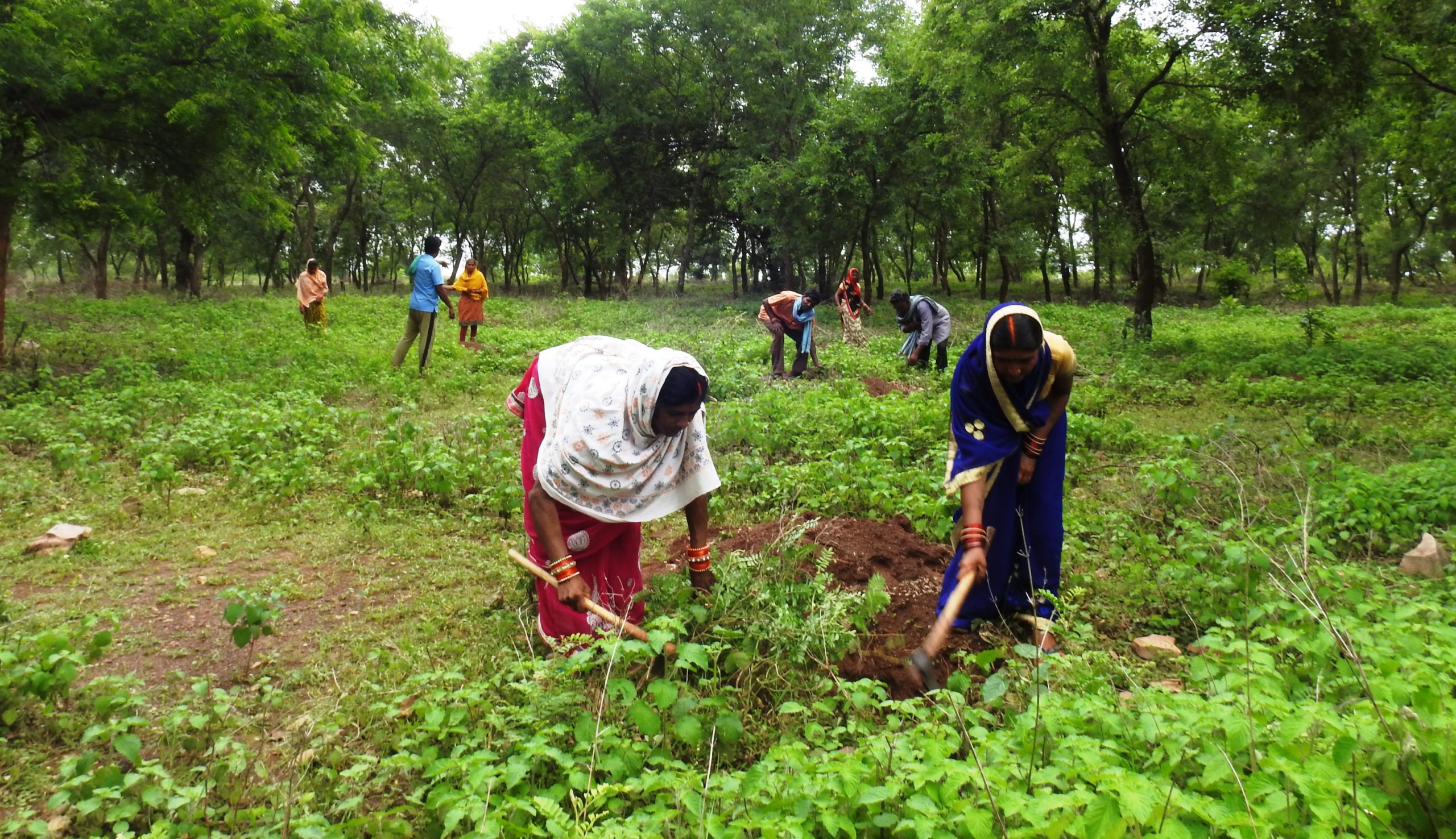 The Durg forest division of Chhattisgarh has launched a large-scale reforestation programme, which aims to cover 2,500 acres of land, on the periphery of a limestone mining area owned by the Bhilai Steel Plant of the Steel Authority of India Limited.

“Local residents living nearby in five to six villages have been roped in for the project. Before this, a forest spread on 1,360 acres was created in Assam,” claimed divisional forest officer Dhammshil Ganveer.

Work on pit digging has started and the plantation of saplings will take place by the end of July. Indigenous tree species like mahua (Madhuca longifolia) will be introduced and sal (Shorea robusta) will be planted on an experimental basis as the species is not found in Durg. Ganveer explained that sal trees need moisture and Durg is dry. In the future, there are plans to introduce eco-tourism here as well.

Given the size of the reforestation area, it has been divided into four parts. Of this, two parts are being funded by the District Mineral Foundation and the rest by the forest department. The total funding is over Rs. three crores (Rs. 30 million).

Reforestation is one of the ways to mitigate the impacts of climate change, according to some experts. Jayant Kulkarni of the Pune-based Wildlife Research and Conservation Society (WRCS) said that as deforestation accelerates climate change, good quality reforestation may be able to reverse it partially. He added that native trees should be planted during reforestation.

A study published in 2020 also lists reforestation, along with improved management of agricultural lands, as major natural climate solutions opportunities in India.

Reforestation in a mining site

The Nandini Limestone Mines of Bhilai Steel Plant, in Dhamdha tehsil of Durg district, opened in 1958 and a mining lease was granted in 2005. The Bhilai Steel Plant has proposed an environmental clearance for expansion of the mining lease area from 526.34 hectares in 2018 to 549.03 hectares up to 2028. The site is near the villages of Ahiwara, Pithora, Deorjhal, Nandini-Khundini and Kashadihi.

Mining is still on in the core area of the reforestation site even though it has slowed down considerably, said the DFO.

Durg chief conservator of forest Shalini Raina informed that a no-objection certificate was obtained from the Bhilai Steel Plant for the project under which the plantation will take place in the dump yard of the mining zone.

Mining can alter any landscape drastically, according to Kulkarni of WRCS. In many cases, a fairly large quantity of overburden or waste is excavated which does not contain many minerals. This can be used to refill the pit. But it is costly to re-excavate it and refill the pit. Instead, the overburden is left as it is in steep dumps. He further informed that for reclamation, any area has to be levelled properly, topsoil spread on the top and then work carried out. It can be reclaimed as a forest area, horticulture plantation, agricultural field, or any other kind of land use. “If there is insufficient topsoil there are ways of recreating fertility, but these are expensive. Sometimes companies just plant trees in the overburden without topsoil or restoration of fertility. In such cases the restoration work is poor.”

The topsoil is supposed to be stored carefully and reused either to reclaim the original land or to create forests. Some mining companies try to store the topsoil, but others don’t, the Pune-based expert said. Even if they do try, there is a considerable loss of topsoil. So, in most cases, it is difficult to reclaim the forest or land totally.

Before the start of the plantation activity, a baseline survey is being conducted to assess the local biodiversity and know the status of flora and fauna. Ravi Naidu of non-profit Crow Foundation based in Jagdalpur, who is part of the assessment team, said, after reforestation there will be another round of surveys to find out what kinds of birds and animals have been attracted to the area because of the effort.

“The survey team is creating pathways between two points and regularly visiting the areas in intervals to record birds and mammals. For flora recording, the names of tree species and their height and girth are being noted down,” explained Abhishek Maitry, a research intern with the state forest department.

Of the total 2,500 acres, the department has prepared 885 acres for plantation work. The rest of the area will be used for developing grasslands. A total of 80,000 saplings from nurseries will be planted this time. Apart from sal and mahua, species like arjuna (Terminalia arjuna), jamun or black plum, peepal (Ficus religiosa), amla or Indian gooseberry and banyan will be planted.

Sujit Kumar Singh, programme head at iFOREST, which specialises in environmental research and sustainable development, said a limestone mining area should not have a monoculture plantation. “Rather a mixed forest should be created with fruit and timber trees which will attract wildlife.” He also said that a lot depends on soil conditions and rainfall patterns. If nutrients are not present in the soil, leguminous species should be planted in the area.

Singh added that the waiting period for such activities is around 10 years before getting proven results. “For tree protection, local support and barricading are needed in the initial phase. Only planting saplings will not serve any purpose. There should be restoration of biodiversity through mixed forestation.”

As part of the plantation activity, lantana bushes, an invasive plant species, are being removed by the local community, said forest guard Devesh Kumar Dubey. Before this, Dubey was involved in plantation activities in Durg in 2016, in Koriya village, over 32 hectares and in 2017, in Deorjhal over 34.70 hectares. Dubey informed that the area is dominated by babool trees which do not let other trees grow. Ahiwara resident Vidyanand Kushwaha said that deer are still spotted in Durg some years ago even hyena used to be spotted here. He is hopeful that the planting of fruit trees as part of reforestation activity will ensure that monkeys stay put and do not head to cities where they are unwelcome.

Resident Trilochan Kumar Sahu is excited about the project as he feels that it will generate livelihood opportunities for local communities. The daily wage rate being offered is Rs 306. Some 250 workers are now engaged and many have come from five km away. Nandini village sarpanch Bhupendra Pal said from his village 60 workers are engaged in work at present. “Many labourers are needed and all of us are trying to arrange for them. There is a shortage of labourers as many people migrate from here to work outside in Bhilai, Raipur and Durg city. Women are also engaged in the cultivation of vegetables in kitchen gardens and come back only by evening,” Sahu added. Over time, forests just vanished here and lands became infertile. People also felled trees for firewood. “But we will benefit a lot and get fresh air,” he told Mongabay-India.

Banner image: The project has generated livelihood opportunities for local communities. The daily wage rate being offered is Rs. 306. Some 250 workers are now engaged in the project. Photo by Abhishek Maitry. 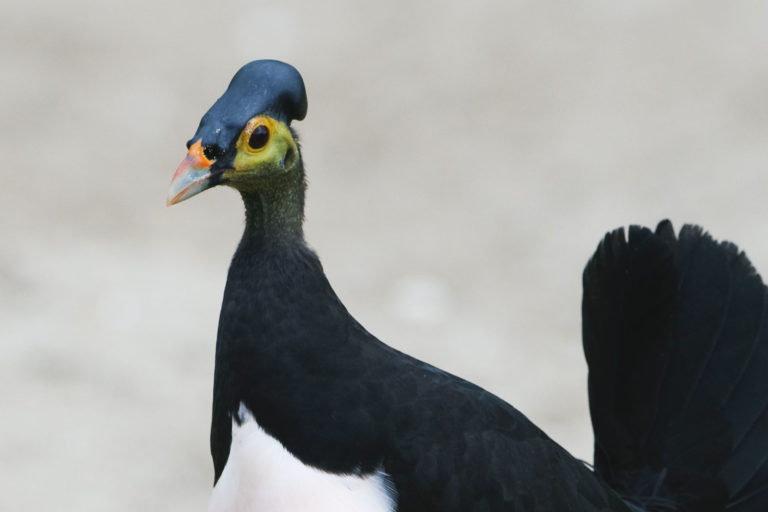 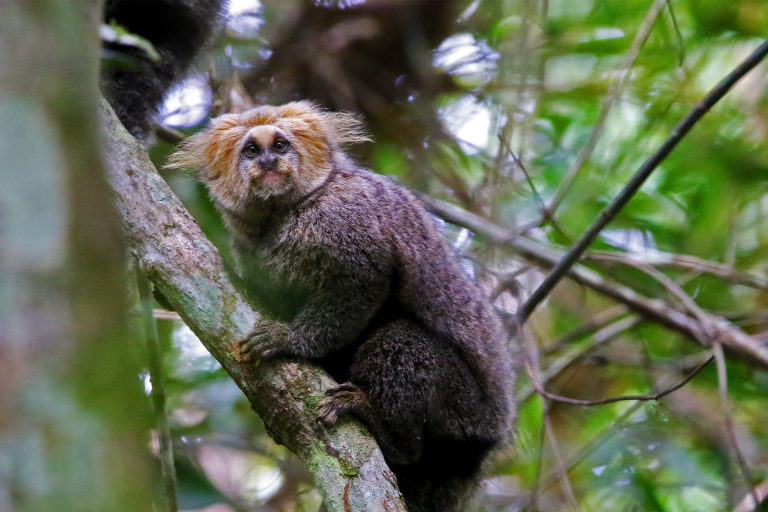